LETTERS TO THE EDITOR – RUNWAY DRIVEN BY PENALTIES, TIMELINES 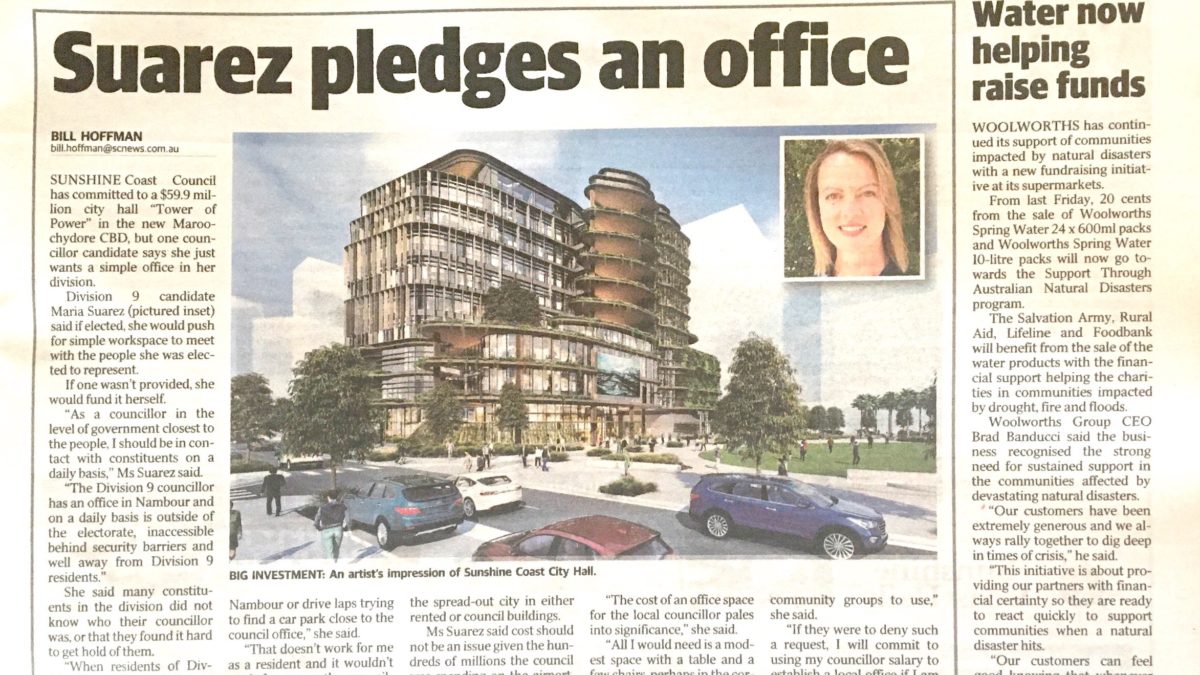 SUNSHINE Coast Council has committed to a $59.9 city hall "Tower of Power" in the new Maroochydore CBD, but one councillor candidate says she just wants a simple office in her division.

Division 9 candidate Maria Suarez (pictured inset) said if elected, she would push for simple workspace to meet with the people she was elected to represent.

If one wasn't provided, she would fund it herself.

"As a councillor in the level of government closest to the people, I should be in contact with constituents on a daily basis," Ms Suarez said.

"The Division 9 councillor has an office in Nambour and on a daily basis is outside of the electorate, inaccessible behind security barriers and well away from Division 9 residents."

She said many constituents in the division did not know who their councillor was, or that they found it hard to get hold of them.

When residents of Division 9 want to see their representative, they shouldn't have to hop on a bus to make an all-day trip to and from Nambour or drive laps trying to find a car park close to the council office," she said.

Gold Coast City councillors maintain offices around the spread-out city in either rented or council buildings.

Ms Suarez said cost should not be an issue given the hundreds of millions the council was spending on the airport, Maroochydore City Centre, a new City Hall and promotional material.

"The cost of an office space for the local councillor pales into significance," she said.

All I would need is a modest space with a table and a few chairs, perhaps in the corner of the library or even in one of the Works depots. It could also serve as a venue for community groups to use," she said.

If they were to deny such a request, I will commit to using my councillor salary to establish a local office if I am elected. I feel it is that important to be accessible to the community." 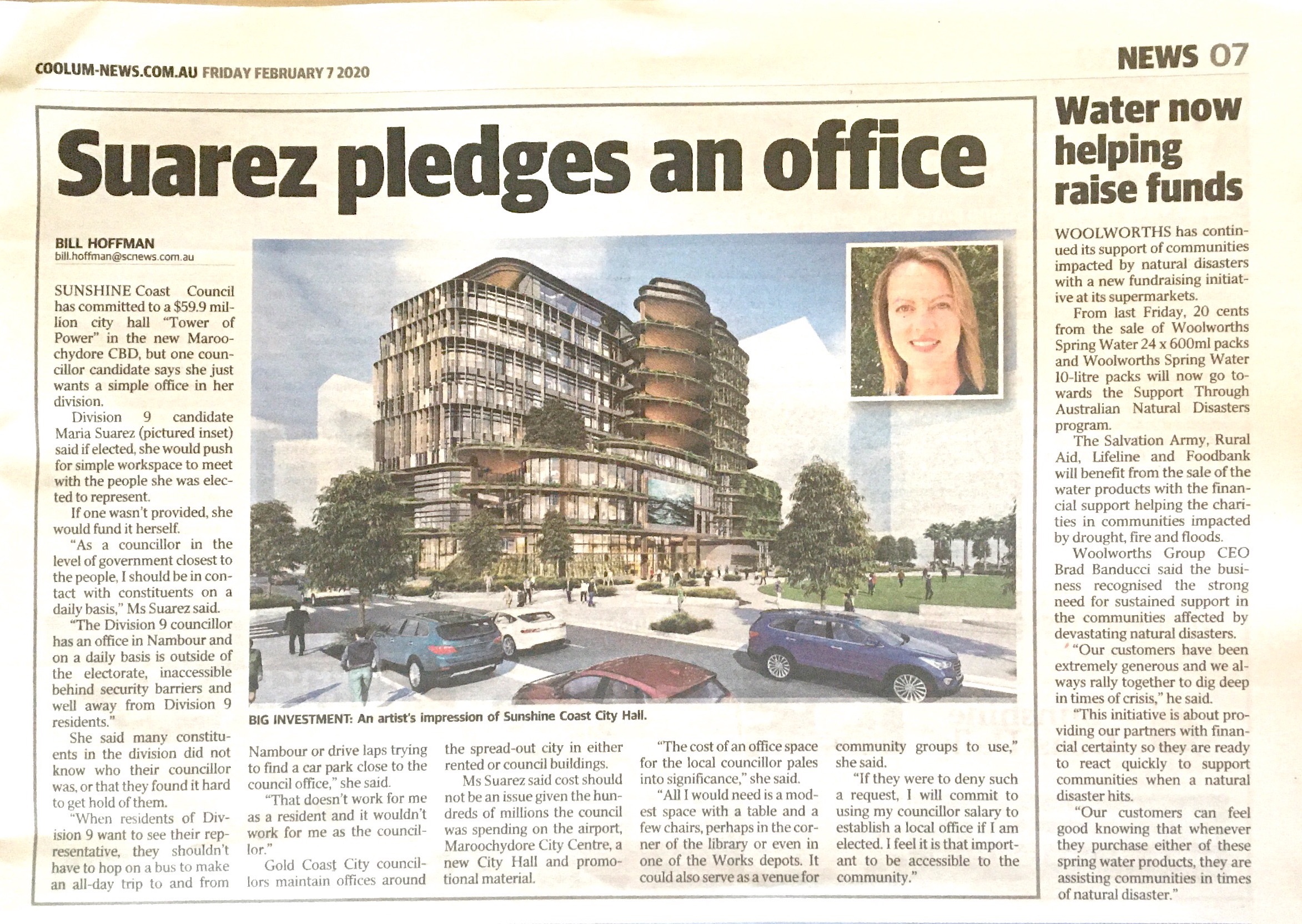