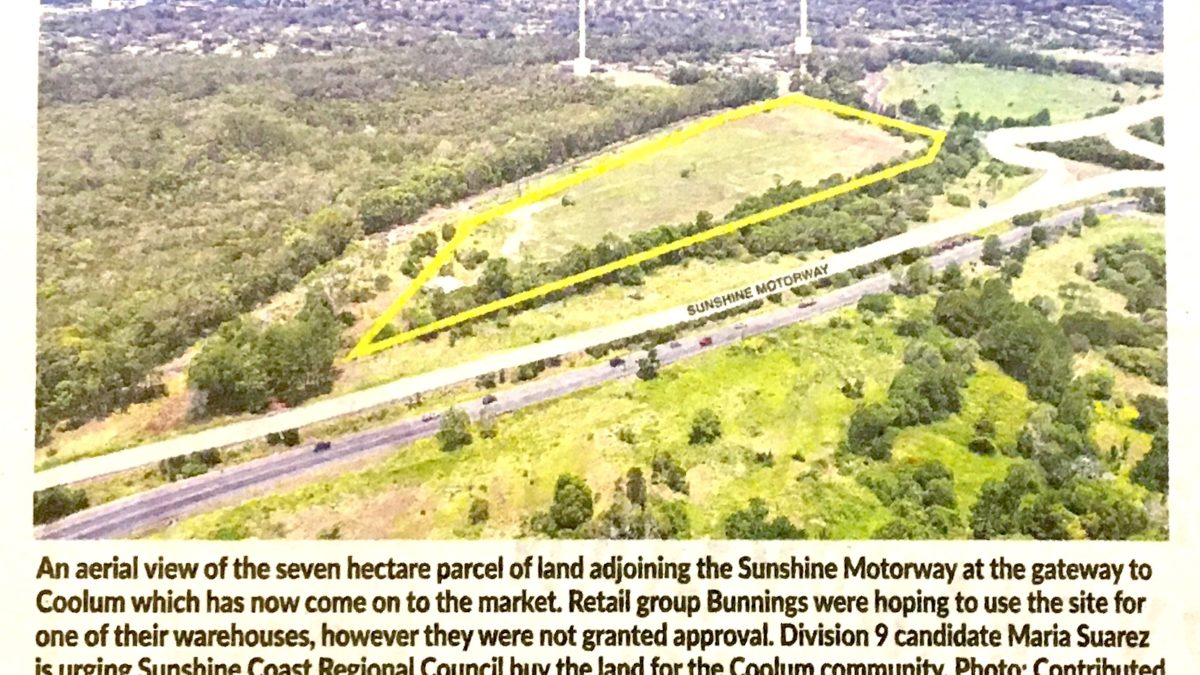 An aerial view of the seven hectare parcel of land adjoining the Sunshine Motorway at the gateway to Coolum which has now come on to the market. Retail group Bunnings were hoping to use the site for one of their warehouses, however they were not granted approval. Division 9 candidate Maria Suarez is urging Sunshine Coast Regional Council buy the land for the Coolum community.

Division 9 Candidate Maria Suarez has stated that she believes Sunshine Coast Regional Council should be seeking to acquire the seven hectare site at the entry to Coolum which has just come onto the market.

"This is a parcel of rural zoned land which Bunnings had unsuccessfully sought to have approved for one of their warehouses," Ms Suarez said. "Bunnings lost their last appeal late last year, and so now obviously decided to dispose of the site."

"The site is at the gateway to Coolum and is a once in a lifetime opportunity to protect and define Coolum as the beautiful low key, seaside village that it is."

Ms Suarez believes the site should be utilised for community purposes and to allow the adjoining Coolum State School the room to expand and grow.

"The school entry needs to be relocated away from the roundabout at School Rd - and this provides the ideal opportunity," Ms Suarez stated.

Ms Suarez urged council to act quickly to secure the site and said she would certainly be pitching for this if elected on March 28th. 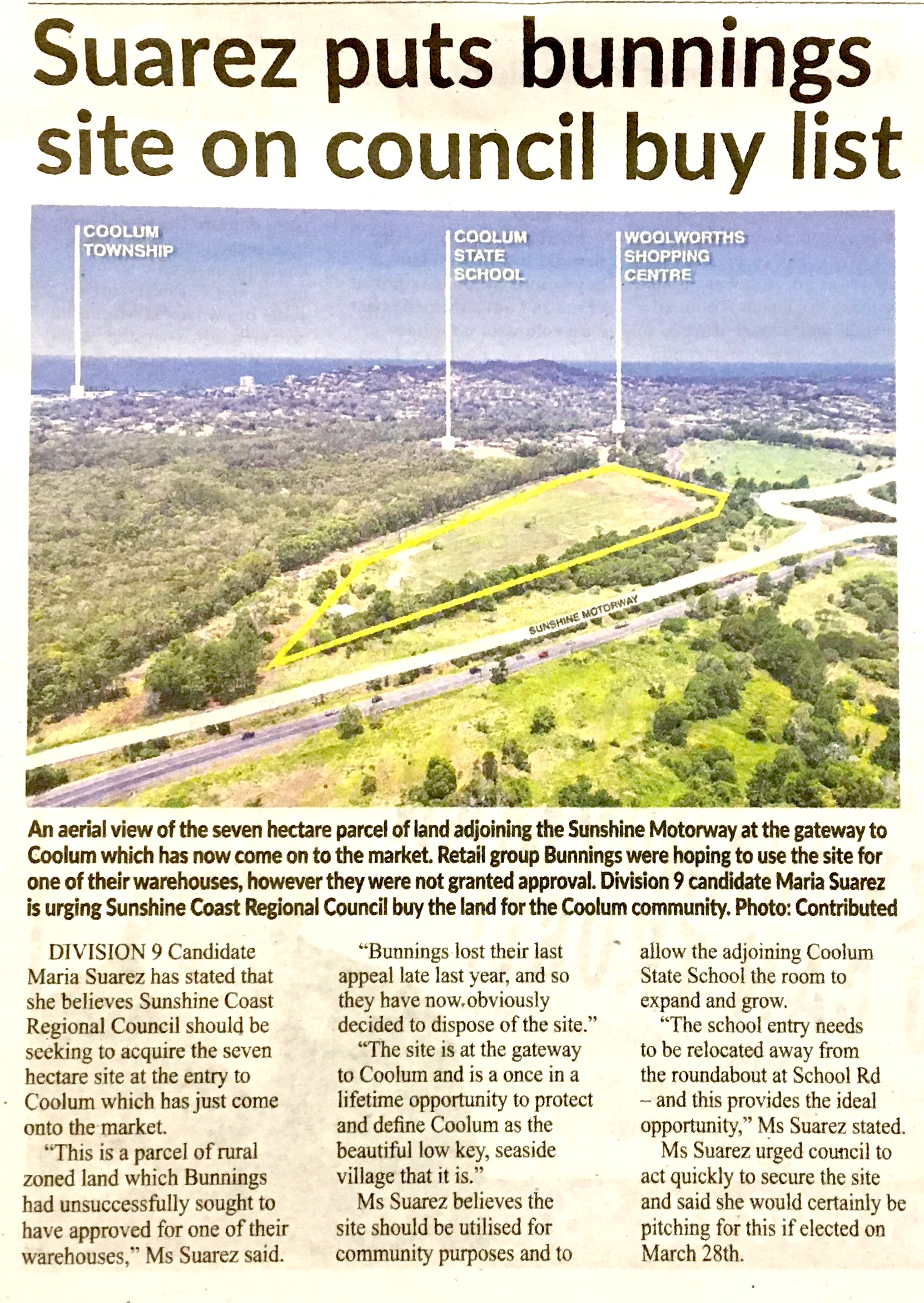 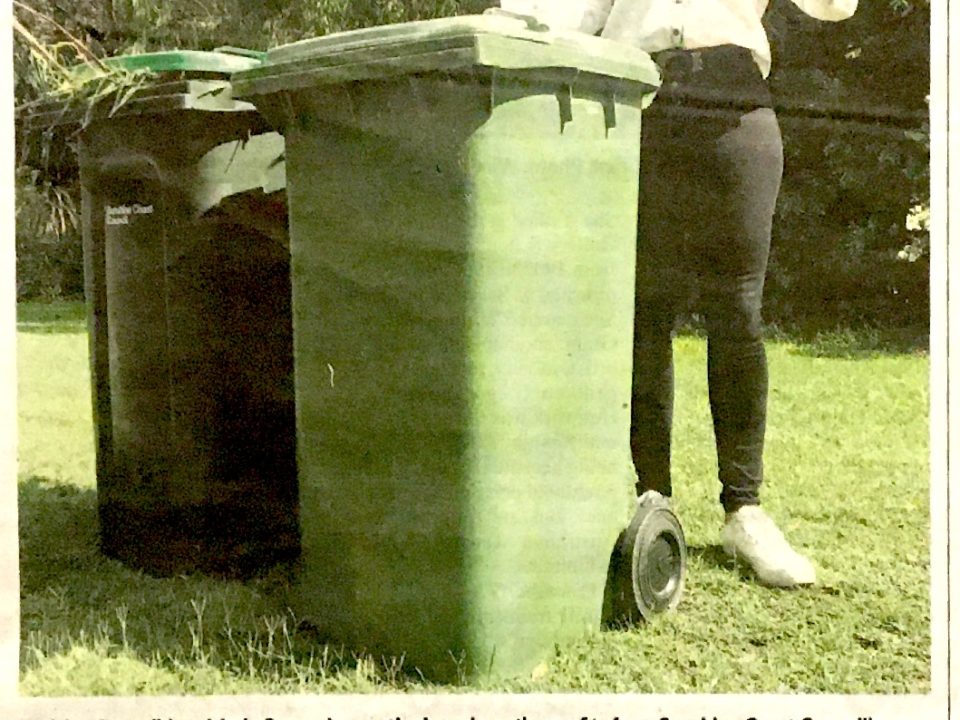