FROM AIR FLIGHT TO COMMUNITY RIGHTS 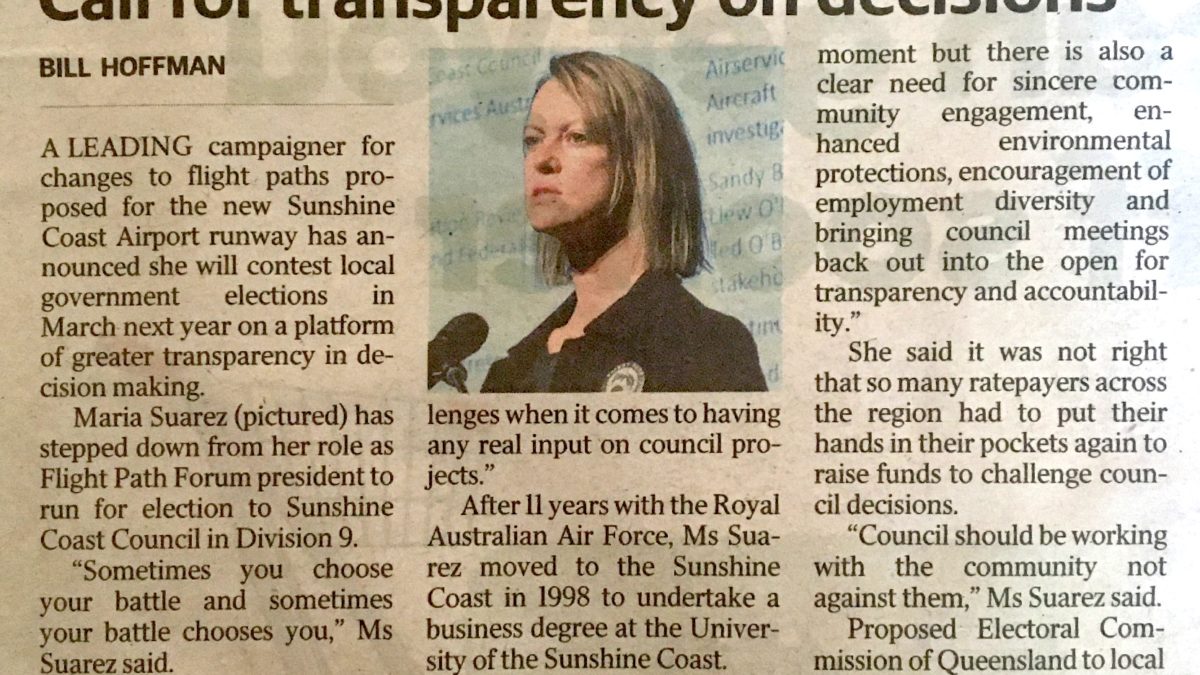 Call for transparency on decisions

A LEADING campaigner for changes to flight paths proposed for the new Sunshine Coast Airport runway has announced she will contest local government elections in March next year on a platform of greater transparency in decision making.

Maria Suarez (pictured) has stepped down from her role as Flight Path Forum president to run for election to Sunshine Coast Council in Division 9.

She said her involvement in the Flight Path Forum and research she had undertaken into the runway project had convinced her of the need for change to create a better Sunshine Coast.

“Councils should listen to community concerns and consult widely prior to making decisions.” Ms Suarez said. "It shouldn't be the other way around.

“It's becoming clear that the community face many challenges when it comes to having any real input on council projects."

She has lived on acreage at Peregian with her family since 2011 and remains an active member of her community.

"The information I uncovered this past year has ignited my passion for better representation of the community and I refuse to accept the status quo that things can't be improved or that the community has no choice," Ms Suarez said.

"Sustainable development seems to be the hot topic at the moment but there is also a clear need for sincere community engagement, enhanced environmental protections, encouragement of employment diversity and bringing council meetings back out into the open for transparency and accountability."

She said it was not right that so many ratepayers across the region had to put their hands in their pockets again to raise funds to challenge council decisions.

Council should be working with the community not against them," Ms Suarez said.

Proposed Electoral Commission of Queensland (changes) to local government boundaries would see Division 9 encompass much of what had been Division 10. 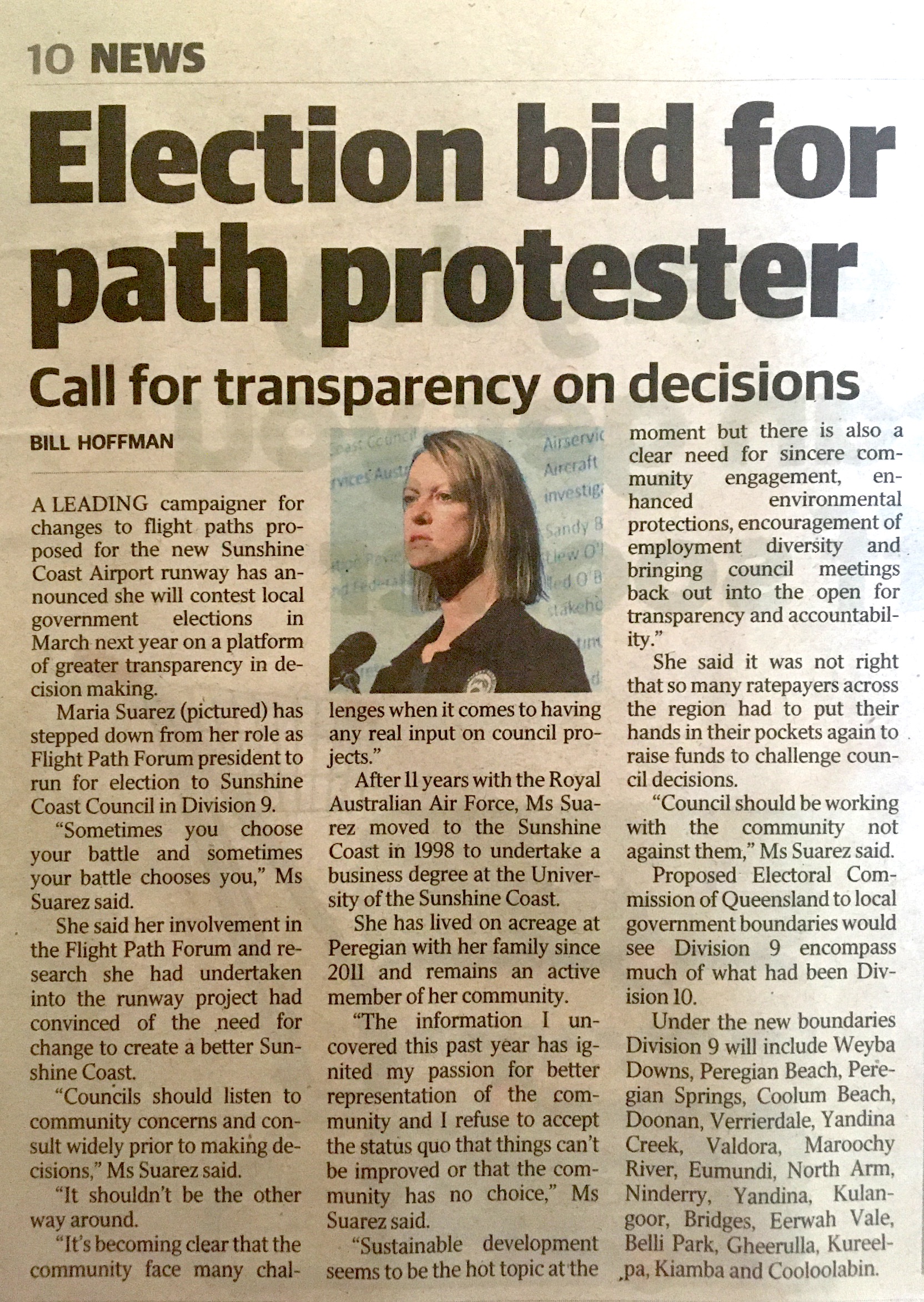