Division 9 candidate Maria Suarez at the Sunshine Coast Solar Farm in Valdora which has council on the record stating that a 10 metre buffer of some 36,000 trees would be planted within two years of the completion of the farm with was opened in 2017. Ms Suarez is asking, "Where are the trees and the promised buffer?" with no evidence of the buffer present.

Division 9 candidate Maria Suarez says that Council's $50.4M Solar Farm, located at Valdora in the heart of Division 9, has not been completed as was promised to the community and that an environmental buffer of some 36,000 trees is yet to be completed.

"When council launched the new facility in 2017, they said that its boundaries would be framed by a 10m buffer of 36,000 tree and shrub seedlings.

"It was supposed to be the largest revegetation project on the Sunshine Coast and I could find little evidence of this and instead saw only a few trees planted across a sparse 5m buffer" Ms Suarez said.

"The solar farm reportedly has 57,000 panels supported on piles above the flood plain and that's a big engineering intrusion into the otherwise very rural Valdora landscape."

"The 10m buffer of 36,000 plants was part of 'the sell' to the community and stakeholders to improve visual amenity."

Ms Suarez is stating that council has failed to deliver on their promised buffer within two years of completion with the project officially launched and operational in 2017.

"The additional carbon collection such a large revegetation project like that could have provided, would have been a step in the right direction of environmental responsibility."

"Council should hold itself to account as it would require of any private developer in this situation and if I am elected, I will be pressing council to urgently address this failure and complete the project. 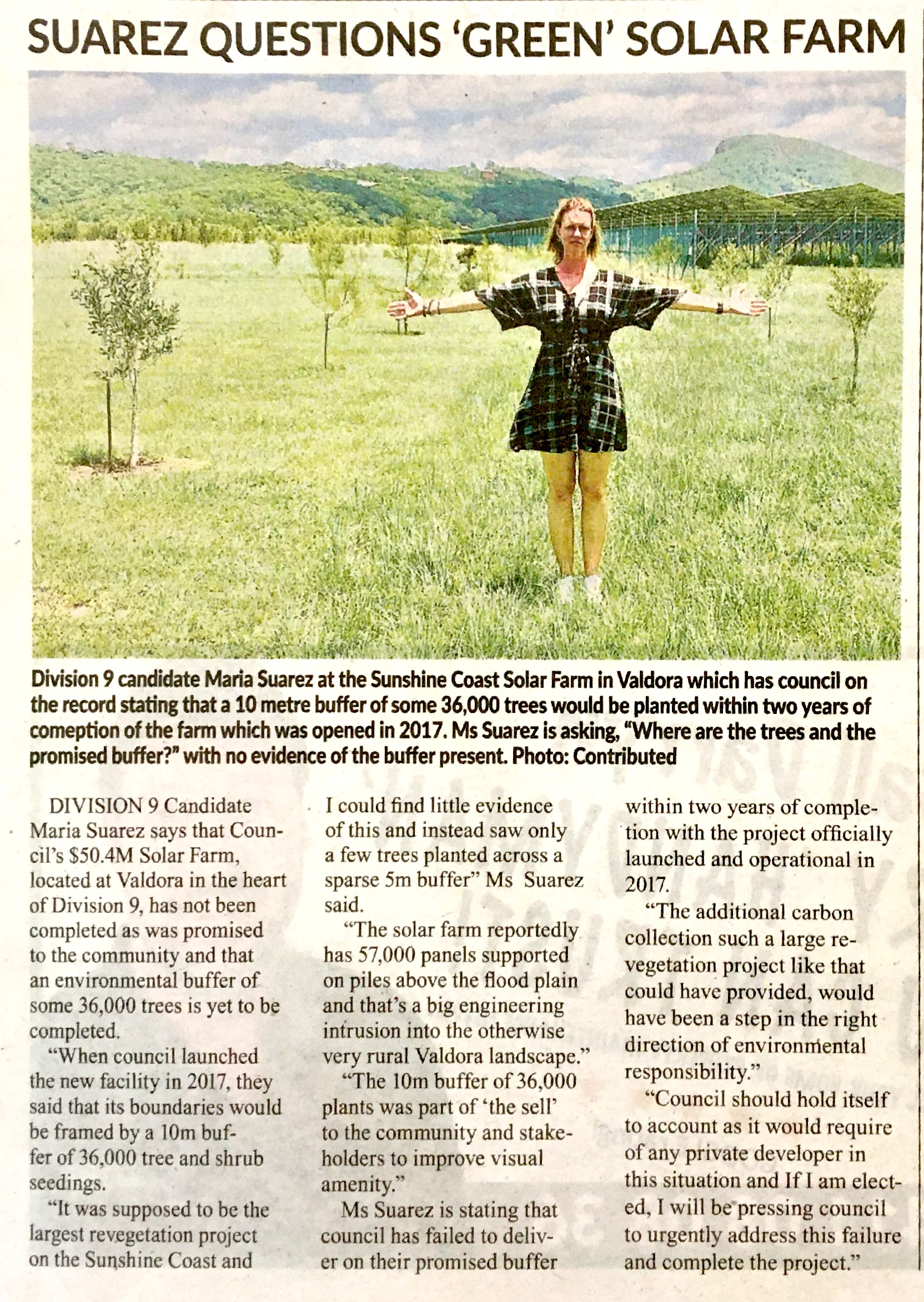